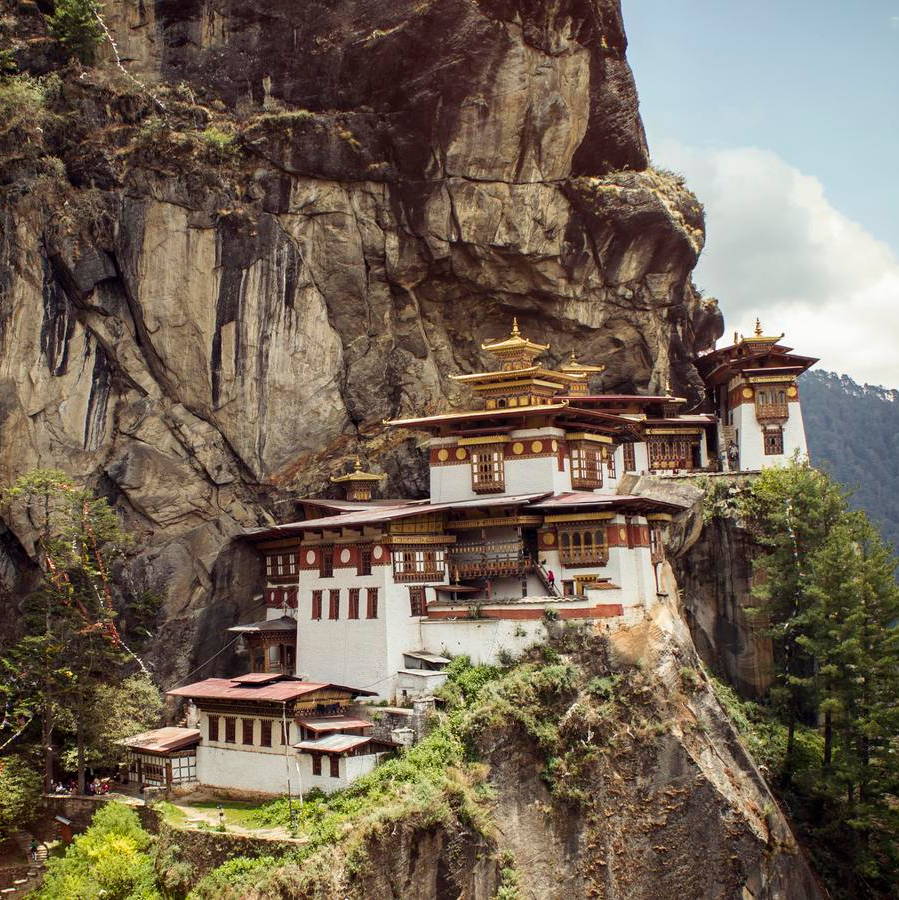 Welcome to the Kingdom of Bhutan

Bhutan is a tiny but a very peaceful kingdom hidden among the lofty mountains of the himalaya.The tiny himalayan kingdom is surrounded by mighty neighbours like: Tibet and China in the north, Nepal
in the west and India in the east and south. 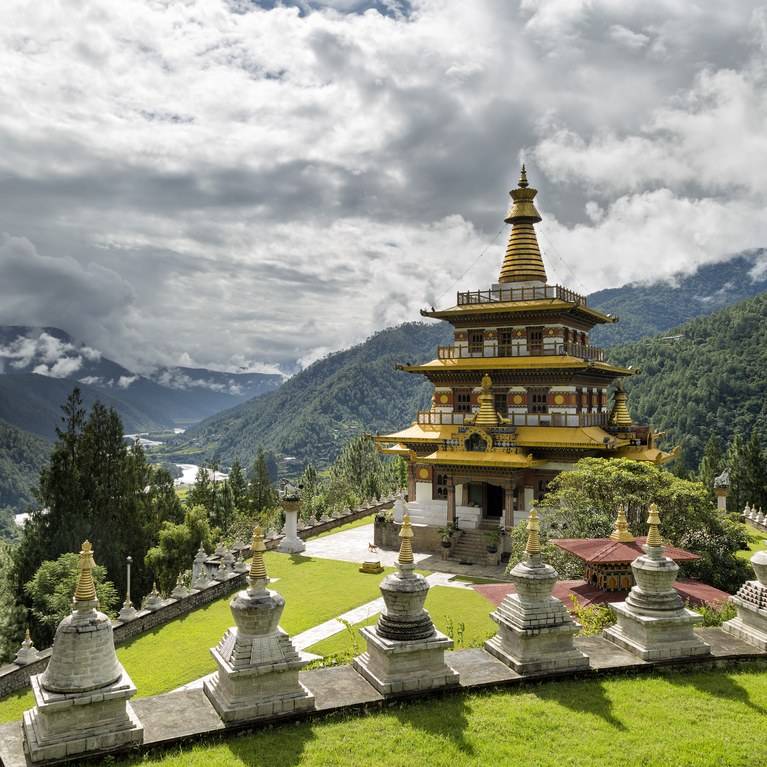 Bhutan is also known as Menjong; the land of medicinal plants. The people of Bhutan are very peaceful, religious and they live in great harmony with the nature. Several mountains, rivers and trees are considered as holy so, the people respect and love their environment.

Approximately 700,000 people live in Bhutan. Bhutan is home to chains of mountains ranging upto 7500 meters but most of the people live in the fertile valleys. The people eat mostly rice with vegetable and drink butter tea. Chilly is added to every dish so the food they eat is very spicy. Thimphu is the capital of Bhutan and the only current airport of the country is situated in Paro. At present Druk Air is the only national carrier. Druk Air has regular flights to Nepal, India and Bangkok which takes about 45 minutes, 2 hours and 4 hours flight respectively.

Global warming results to climate change and the people of Bhutan are facing extreme weather conditions, due to climate change although Bhutan is one of the least greenhouse gas emitters. Currently 72.5% of the land is covered with forest and the people are fully engaged in nature coservation but the global warming keeps the population under constant threat; with new born diseases, sometimes drought causing lack of drinking water and at other times massive rain fall causes dangerous floods. Since 70% of the population of bhutanese people are farmers, they are dependent on their farms and cultivation so, they need clean drinking water and water for their crops. About 32% of the population are living under poverty level and hence, Bhutan is one of the poorest countries in the world. For this very reason we need your help and kindness to make their lives a bit better, everyday.

GNH was developed by His Majesty the Fourth King of Bhutan. His Majesty the Fourth King stresses that Gross National Happiness is more important than Gross National Product, as wealth does not
necessarily bring happiness to people. Bhutan has inspired many around the world by placing the happiness and prosperity of each of its individuals ahead of economic wealth. This is the central idea behind Gross National Happiness (GNH), Bhutan’s development philosophy.GNH comprises four pillars: Conservation of the Environment, Equitable and Sustainable Development, Good Governance, and Preservation of Culture.

Conservation of the Environment

Enshrined in the country’s constitution is Bhutan’s resolve and commitment to “maintain at least sixty percent of the country underforest cover at all times.” Presently, 72% of Bhutan is forested and
more than a third of the country falls within the protected area network. To conserve biodiversity effectively, we must first understand and catalog what we have, and then assess how key populations are doing. Conservation of a target species or ecosystem ideally begins with establishing a baseline and then working to attain a certain desired state for that target. The
Foundation supports local initiatives to protect the environment.

Social and economic development is the core of Bhutan’s development policy so that the people may enjoy higher standards of health care, education, and social services and less hardship. To address the needs of present and future generations, Bhutan envisions higher standards of living and access to modern amenities and technology across all parts of the country. A crucial element of this growth and development is equality, which will enable the benefits of development to reach the poorest and the weakest.

The world is watching our new democracy evolve in Bhutan, and efforts to succeed with good governance are a priority. We are learning every step along the way that, with our democracy, the government must reflect the opinion of the people, and the people must become more proactive in their involvement with the exciting changes.

Many countries have lost much of their cultural heritage with the dynamic changing of times. In Bhutan, we’ve made a sincere and respectful effort to preserve our culture. For us, GNH is also about culture and how people live life as human beings, as families, and as a society-our values that we aspire to individually and collectively. Our distinct architecture, cultural events, traditions, and rituals are all aspects of the Bhutanese way of life. The challenge is more profound today than ever before to restore and maintain these elements through cultural preservation.

Bhutan started its first democratic elections on 24th March 2008.
One hundred years of monarchy has brought tremendous changes in Bhutan. Now the success of democracy in Bhutan depends on the public and media in the country. Still for most of the Bhutanese
people, the culture of democracy is still new. However, work is underway to promote participation and engagement of all bhutanese citizens.