INCENSE MADE IN BHUTAN

Since the time immemorial, people all over the world use incense products in some form. It is used either fir religious or traditional purposes.

While the use of incense in Bhutan has been mostly associated with religious offering in the past, today it is used for aromatic purpose as well.

It is important to note the process of producing incense is totally different from production of things for commercial purpose.

The Origin of Incense Offerings

“With the best butter lamps and excellent burning incense, make offerings to the victors;

With most of the burning incense transform into smoky canopies,

And radiating vast rays from the array of burning incense substances,

And by spreading varieties of incense all over, make offerings to the great beings, the Buddha’s with their sons”.

The traditional incense manufacturing guidelines states that the ingredients for manufacturing incense has to be of highest quality. The unworthy offerings such as that material, which are of poor quality, expired, rotten, tampered, rejected and those infested by insects etc.; are to be avoided from using in the production. In addition to good quality material, the production has to be undertake with request, sincerity and honesty to merit an offering rather than mere focus on commercial gains. Because incense are generally meant for offerings to the three jewels, it is important that the incense sticks are evenly sized, coloured, and packaged to render beautiful visual presentation to compliment fine ingredients.

There are two types of incense – the natural and the compounded. The Natural incense refers to those plants and herbs, which have very strong natural aromatic properties. The examples of natural incense includes white and red sandal wood, White incense, Nard, Frankincense, Black and White aloe wood, Kashmiri saffron, etc. On the other hand, the Compounded incense, as explained in Tibetan medical textbooks, refers to that incense produced by mixing the six excellent ingredients and other medicinal substances such as camphor etc. There are several varieties of compounded, which are:

In both the Jagyud and choegyud incense, adding precious material such as gold, silver, etc. is recommended.

Who do we offer incense to?

Like any other offerings, incense id offered to the so-called four Guests. The four guests are:

How to dedicate incense offering, as advised by second Dhdrubchen

In the presence of the Four Guests – the assembly of deities of the fields of accumulations (of merits) visualized with pure altruistic motivation – start reciting either elaborated or summarized versions of taking refuge and generating bodhichitta. And visualize oneself as ones personal Meditational Deity. There from the state of emptiness arise the syllables OM! AH! HUNG! Which dissolves into light that transforms into incense, SAANG and SUR smoke rays. From the tips of each smoke rays immeasurable Goddesses of offerings emanate holding, in their hands, offering articles of sensual Pleasures and possessions such as the eight Auspicious signs, Seven Royal Possessions, Eight Auspicious Substances and Five Sense Objects. And this visual keeps multiplying filling the entire world and the universe one could imagine. Because of this immeasurable scale of offering, all the fields of offerings (the Four Guests) are satisfied and pleased.

However, for those people who are not able to visualize in the above stated manner can choose to make the offering with genuine sincerity thinking that Buddha is right in front of oneself. The blessings received through this visualization is considered no less than the earlier dedication as it is mentions in the Sutras that “ Whoever has the faith, The Buddha appears in front of him/her; all phenomenon are conditional; success, therefore, depends upon ones interest; for anyone who has faith. Padmakara is present just over one’s crown which is an integral part of oneself.” So knowing that the Three Jewels (the Buddha, Dharma and Sangha) are omnipresent, one needs to make offerings to the images of Buddha, Scriptures and Stupas with wholehearted faith, respect and devotion.

The Benefits of offering Incense

In the Sutra that praises the qualities of the Buddha it was mentioned “even by making a small offering to the Sughata, one shall achieve that state of happiness of gods and humans and accomplish supreme immorality.” Similarly another Sutra explains that “that degree of merits achieved is same for a person who made an offering to the Buddha when he was alive and for someone who makes an offering to the Buddha after his Parnirvanna, so long as the intensity and quality of faith are same “.

Guru Rinpoche wrote “ Oh! The attractive Devi Mandharava, listen to me, The future generations, who haven’t met me, whoever offers the five incense to the images of Padma Kara, that person will live in a clean place and will be free from stains; And whoever offers sweet scents to the Images of Padma Kara, Dangerous diseases will be pacified and a nectar of good life will be acquired; And whoever offers incense to Buddha, that person will be worthy of looking at she/he will achieve large wealth.” Therefore, as this scent offering is un-surpassing and a noble offering to the Buddha’s of three times, great benefits are achieved even by offering a single stick. If any person, great or ordinary, could put an effort in offering incense in this life, he/she will be attractive and be a subject of happiness to others.

Benefits of offering SAANG and SUR

When Trisong Dhuetsen – the Dharma king of Tibet was building the Samye Monastery, the evil gods and demons disrupted by destroying it at night. It was only then when Guru Rinpoche rewarded the evil gods and demons with SAANG offerings they were pleased and rejoiced pacifying all the grudges, jealousy, and malicious thoughts. Thereafter the evil gods and demons helped in building by working at night and their work outputs were far greater than what the humans did during the day. Also, when Trisong Dheutsen fell sick leading to deterioration in his body, speech and mind due to defiling and impurities of spiritual health, Guru Rinpoche instructed to perform SAANG offerings assuring that it is like a diamond is destroying all the defilements and impurities. Therefore, if all, great and small, can make an effort in offering incense, all kinds of defilements and impurities shall be purified. Even when travelling far, if one commences ones journey by making incense offering all the wishes will be fulfilled and leading to spontaneous accomplishment of prosperity and well being. According to the instructions of the noble masters, since all the three types of generosities – the generosity of giving away materials; the generosity of giving protections against fears; and the generosity of delivering teachings – are present in the incense offerings, and thus the benefits are immense.

In the world today, being overpowered by the five poisonous defilements, people with fallacious thoughts and actions, for selfish motives, desecrate temples, monasteries and stupas, which are built for subduing evils and protecting virtuous. The sacred Images, Scriptures and stupas so uncovered are then sold for profit. It has also become quite common for people to throw abuses against the Noble Masters from whom they have received Empowerments, Oral Transformations and Vows. The Sangha assembly is no more respected. The Vajra brothers and sisters have lost respect and kindness for each other. The scared vows of monastic communities are ignored indicating and advent of degenerated age in its full force. The cause of wars and fighting amongst people of different countries, races, religion, etc. today could be attributed to loss of values in people.

Also as a preventive measures for all the natural disasters, Guru Rinpoche, the embodiment of primordial wisdom Rainbow body, instructed many Liturgies like that of the Riowo Sangchoe offering and the smoke-offering of King Gesar to local deities to dispel contaminations and defilements in the area. Likewise, if we can make an effort in performing as many SANG, SUR and SERKIM offering rituals, revealed by the Treasure Revealers, all unfavorable conditions will be granted and undoubtedly the glory of peace, happiness and joy will arise spontaneously.

At the time when we are born as humans beings, knowing ourselves better than anyone else as a result of the accumulations of merits in the past lives, we should engaged ourselves, as mush as possible, in performing incense offering rituals for the benefit of others sentient and self. 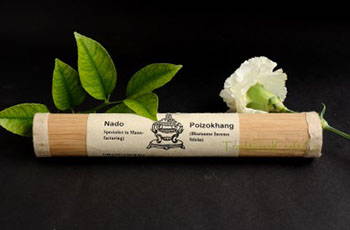 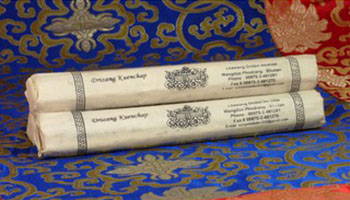 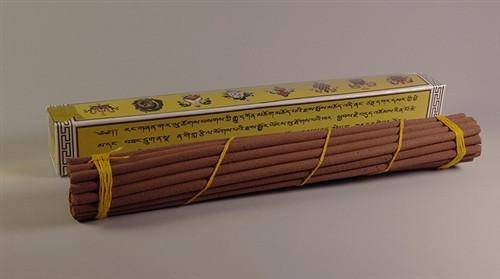